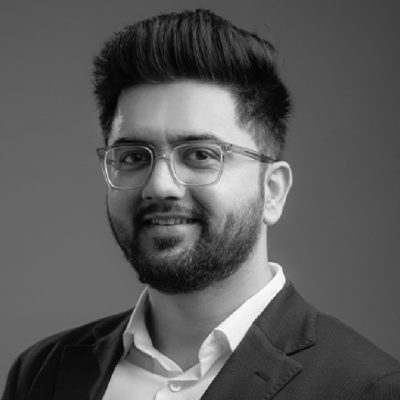 Alin Choubey operates as Business Head – North at FoxyMoton. His acumen, experience, and leadership qualities lead the growing team in the north to create their best work.

Some of his key accomplishments include launching Longines India, Pogo TV on social media in India, award-winning campaigns on Tata Play, Discovery Channel, Vinod Cookware by mCube, and Inkspell, among many others. He also led the Redraw Your World Campaign by Cartoon Network in India.

With FoxyMoron making great strides globally, Alin will work towards expansion and diversification of the business through result-driven strategies.

Alin loves exploring newer geographies and engaging in adventure sports and wildlife conservation to unwind after a busy schedule.

Along with winning portfolios, he has won some accolades such as

•Nominated for 30 under 30 by social samosa

•FoxyMoron won gold in Best Use of Technology for Burger King.

Delivering high-quality projects for international clients. Ask us about digital, branding and storytelling.